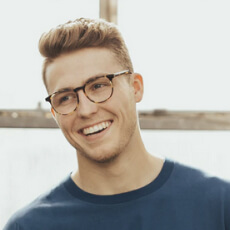 Disney will expand Hulu’s ad targeting capabilities to the Disney+ ad-supported tier. As of now, AVOD Disney+ buyers can only target by age.

The announcement, which came on Monday, is a step toward Disney’s goal to automate more than half of its ad sales business in the near term.

Disney is prioritizing its programmatic tech stack to stay ahead of competition for streaming ad dollars during this year’s upfronts, said Rita Ferro, president of Disney’s ad sales division, during a fireside chat on Monday with EY marketing consultant Janet Balis.

Starting in April, Disney+ advertisers will have access to Hulu’s age, gender and geolocation targeting, followed in July by all the other ad targeting bells and whistles.

Although there still isn’t one single scalable solution for measurement across streaming and linear TV, Disney plans to work with a few different providers. Disney will share more details on both its measurement and ad targeting strategies during its Tech and Data Showcase on January 25. (AdExchanger will be tuning in.)

Disney’s plan is to centralize targeting and measurement across all of its addressable inventory through the Disney Ad Server (DAS). Eventually, all Disney impressions will be biddable, Ferro said.

DAS includes Disney’s real-time ad exchange (DRAX) and its yield optimized delivery allocation (YODA) tool, which balances programmatic buys with direct-sold ones. (Would it really be a Disney tech product if it wasn’t named after a movie character?)

Disney hopes its proprietary ad tech stack will give it a leg up during the upfronts because, unlike Netflix, Disney is not new to ad sales. DAS gives Disney control over its own inventory and ad partnerships without having to rely on a third-party vendor. (No offense, Microsoft.)

For now, Netflix is only targeting ads based on country and content genre, and, to the buy-side’s chagrin, it is working with Nielsen for audience measurement.

Underpinning its tech, Disney has first-party data and its own identity graph, Disney Select, which includes more than 100 million US household IDs and roughly 2,000 unique audience segments.

Preparing for the upfronts is “not just about currency,” Ferro said. “It’s about a critical understanding of how data, identity and measurement drive results for businesses.”

First-party data is a big part of what drives results, Ferro said, which is why Disney is focusing on increasing match rates with clean room partners and making those audience data sets available programmatically, including through its recent UID2 integration with The Trade Desk.

“Making sure we can scale the right currency and framework to measure our inventory portfolio across streaming, linear and mobile is critically important for us to drive opportunities for advertisers in the streaming marketplace,” Ferro said.

But measurement also includes ensuring consistency not just across streaming and linear, she said, but between biddable and direct-sold impressions (hence YODA).

In other words, Ferro said, expect Disney to keep its sights set on programmatic tech and measurement in 2023. 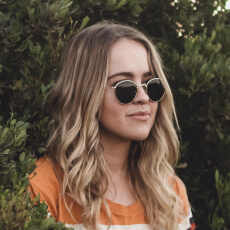